Another big win from our U14 junior boys football team this week. The boys travelled all the way to DBIS with a final score of 8-4. Goal scorers were Leo Doyle and Sherman Wong both scoring 3 goals, and James Stanton and Moriz Ip scoring 1 goal each. Man of the match goes to Leo Doyle!

After a break for the U16 Girls volleyball team, they are now back in action. Despite missing their trainings due to typhoon and public holidays, they still played extremely well.  The First game they played against CAIS and won 25-16 and 26-24.   The Second game they lost marginally against Singapore International School with a score of 20-25 and 13-25. In contrast, our U16 Boys Volleyball also conceded one win and one lost game. They won 25-21, 21-19 against CAIS but unfortunately they also lost to Singapore International School, 17-25 and 17-25. 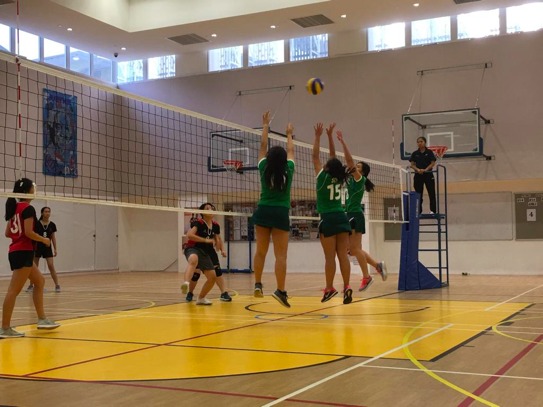 Our A Grade Boys rugby played against KGV but it was a very tight match with a 0-0 score at half time and at full time!

Last Friday we hosted an ESF schools swimming gala with KGV, Island School and Shatin College all represented. The gala was ideal preparation for all teams before the forthcoming HKSSF gala. Unfortunately, due to other events in school, our A & C grade teams were lacking their normal swimmers but the boys and girls who did swim got some valuable experience for the future. 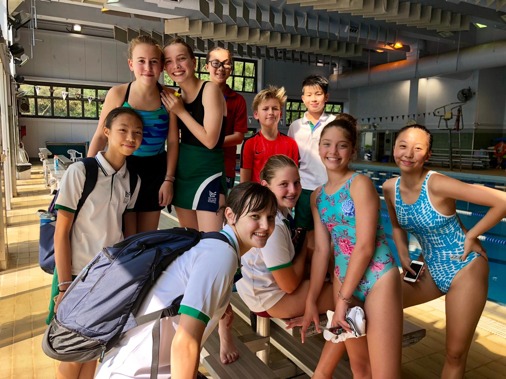 Next week our A grade teams in football, basketball, volleyball, netball and badminton begin their HKSSF leagues and the matches come thick and fast until the end of October. With MAD week and then half term it is going to be a testing time for coaches to find players available to play but we will give it our best and be competitive as always.

Good luck to all teams!

Last Friday the Year 8 students had their football competition in the sports hall and on the lower playground. The matches were extremely competitive and the winners were Bahay in the boys competition and Shtepi in the girls competition. 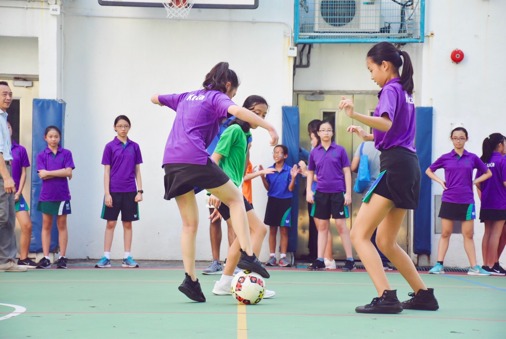 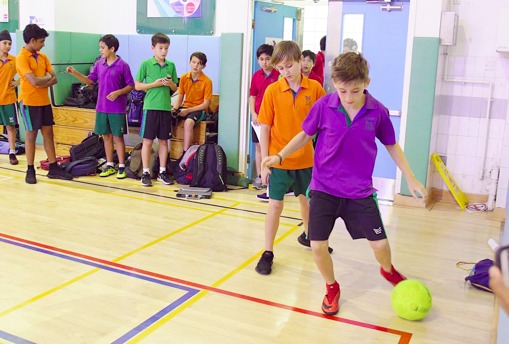 U16 boys volleyball at SIS, 3pm