There were a few sports competitions last night for South Island, this includes the A and B Grade Boys Basketball, A Grade Boys Rugby and U16 Boys Volleyball.

Both the A and B Grade Boys Basketball team played against WIS at SIS. Unfortunately, A Grade Boys marginally lost to WIS, 35-39 due to key players missing as they were playing rugby. It was a very close match and the boys performed well, Man of the match goes to Justin Yung scoring 16 points.

On the other hand, the B Grade Boys won against WIS with only 7 players. Final score was 42-33. It was a very tight game until the final 2 minutes of the game as SIS scored a few 3 pointers to take the lead. Man of the match goes to Julian Bourron scoring 22 points.

It was a tough day down at Happy Valley for our A Grade Boys rugby as they lost 0-60 against AIS.

Our U16 Boys Volleyball travelled to Christian Alliance International School for their volleyball game. They lost 16-25 in their first game and in their second game they lost 14-25. Other teams praised our boys and commented that they have shown improvement from last week! Big round of applause for them.

Last Friday the Year 9 students got their interhouse competition up and running with a netball competition in the sports hall and on the lower playground. The competition was intense throughout with a high level of play and Namas came out on top in a close final v Shtepi. 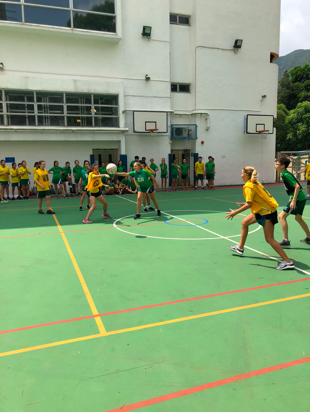 In the pool, the Year 10 pupils played an epic competition of water polo. Again the atmosphere was great, with some excellent play and lots of support from the poolside by house members. the house captains did a great job refereeing the matches and Hamish Hulme in particular was the star of the show scoring most of Shtepi’s goals to see them claim the winners crown. 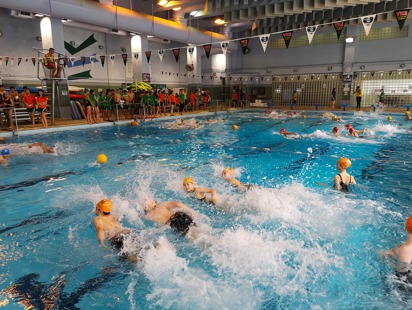