The sailing Team worked really hard against the poor weather conditions this weekend. Unfortunately, next to no wind or luck meant by the end of the day on Sunday they had to abandon their last race. The race manager could only race the top 4 spots in the 2 divisions in the end, so the rest of the teams did not place. However, the small team had great spirits throughout the weekend. They are definitely keen to compete again next year with hopefully a bigger team.

SIS C1 Netball team were on fire, winning their 2nd HKSSF match 23-0! Amazing defence by all girls@ Goals scored would have been even higher had we not changed positions around a little bit. Students choice for MVP: Amelie Conlin. Coaches choice for MCP: Vivienne Chung.

SIS C2 Netball team beat the French International School 12-7. It was a great game with some awesome set plays demonstrated by the girls! The score could have been even higher, but we umpired firmly for when the girls face tougher opponents. The MVPs are as follows: Maisy Redding (FIS choice), Riya Rao (student choice) and Dalveen Brar (coach Naetra choice). A good day in the office!

SIS B Grade Rugby beat Harrow 55-22. Tries were shared around many members of the team. Player of the match: Will Rees. 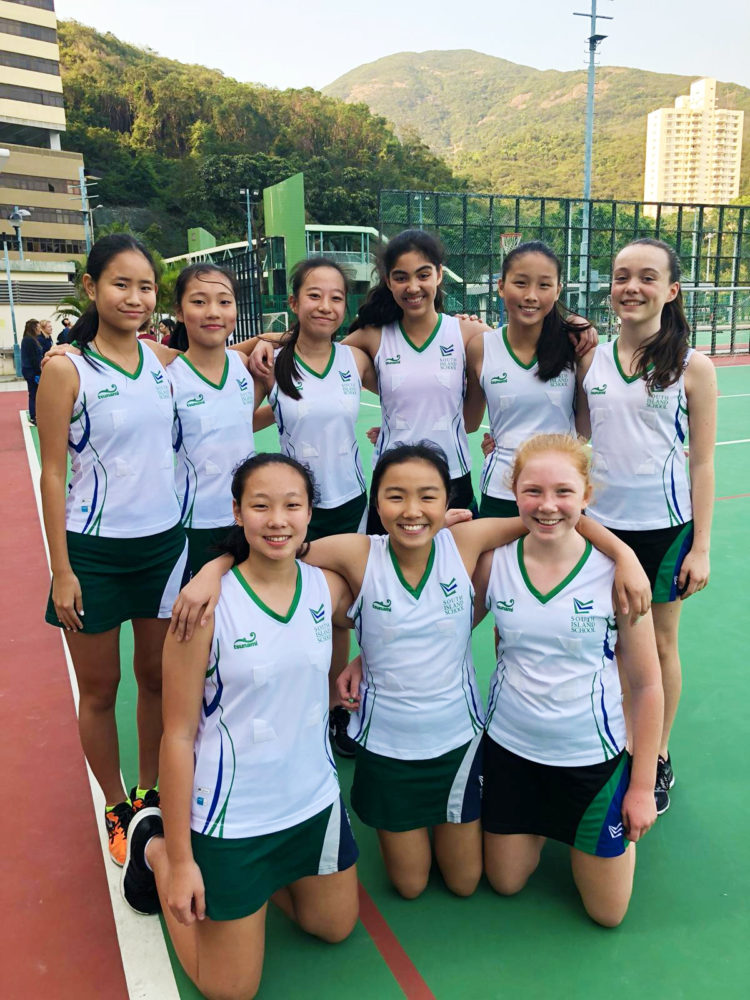 The senior boys will play their rearranged Jing Ying football final this Sunday at 2pm at Mong Kok Stadium. All tickets held from the postponed game last weekend are valid for the rearranged match. We hope to see as many of the South Island community as possible in attendance and cheering the boys on.