This week saw the launch of the Lego Challenge activity. Each week, students get together on Zoom and work on a Lego challenge, chatting and sharing ideas. This week’s challenge was to build a ‘dream island’. Students enjoyed building creative and colourful Lego islands and voted for these three ‘dream islands’ to be shared with you. 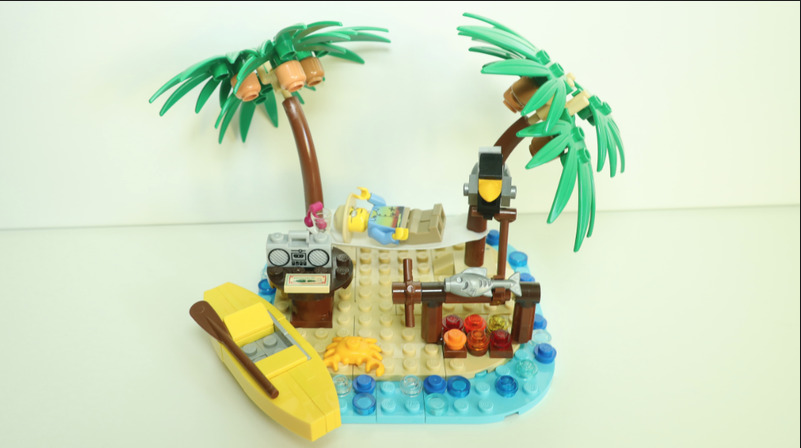 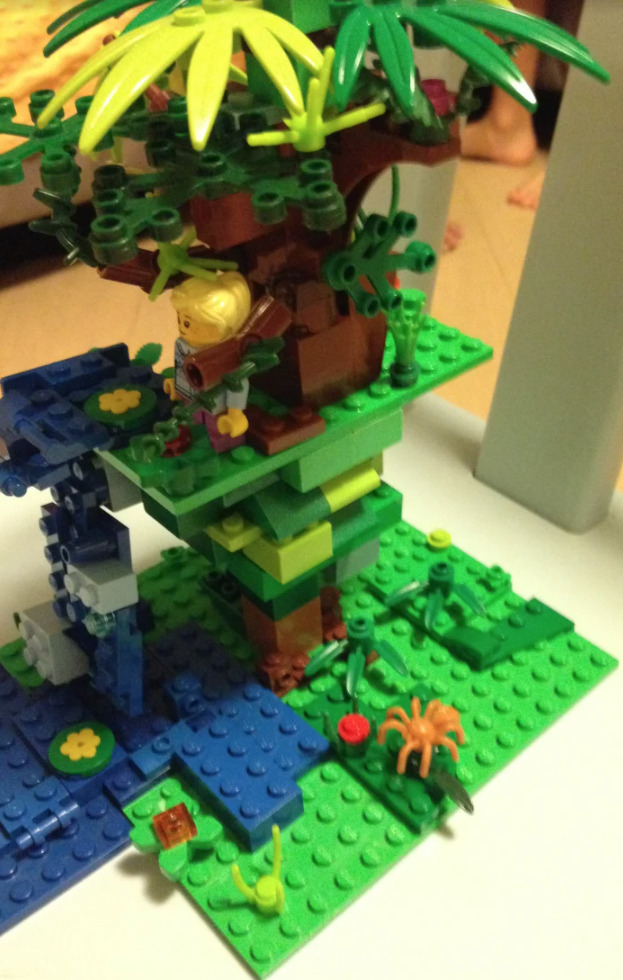 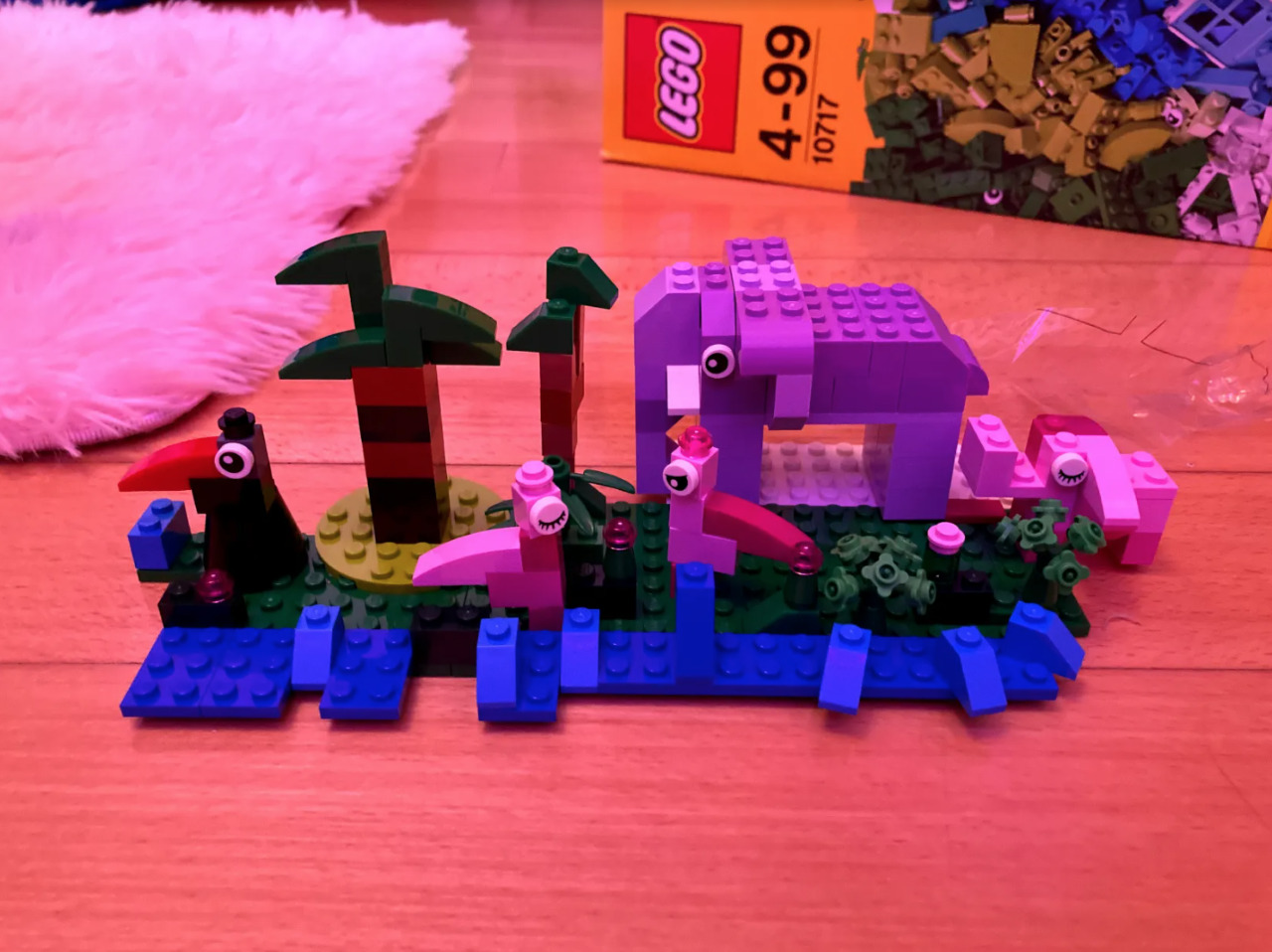 “As beaches and schools were shut, there wasn’t a lot to do around Hong Kong, so I started hiking with some friends. We were hiking at least twice a week for over two months and thought it would be a good idea to make a project out of it. We eventually thought of the idea of doing the Hong Kong trail which is 50 km and we could turn this into a charity hike. There are many children struggling during this time, so we felt this would be a great opportunity to raise money to help them out. We knew the hike would be difficult but knowing how many children we would help really motivated us so we just told ourselves we could do it. As we prepared for the big day, we started getting all our supplies ready such as snacks, clothes, backpacks, head torches and so on. On the  night of the hike we set off at 1am. At the beginning it felt very strange as it was extremely quiet. We all felt very tired due to the early morning and ended up sleep walking through some of it. We were very happy when the sky brightened as we had a sudden burst of energy.

As we approached the halfway point, we were excited to be able to eat some real food instead of energy bars. More people started to join at that point and we decided to set off again. By the time we reached Tai Tam , we started to get exhausted and I was also dreading the fact we had over 5 hours left. We had another stop at To Tei Wan and had some water. We set off again up the Dragon’s Back and at that point we were happy that the hike was almost done. As we got closer to Big Wave Bay, we were so relieved as our legs started to hurt a lot. The final distance post came, and it was at 100 meaning we had completed our 50km. We were extremely happy that we had successfully completed the hike and managed to raise a lot of money.” 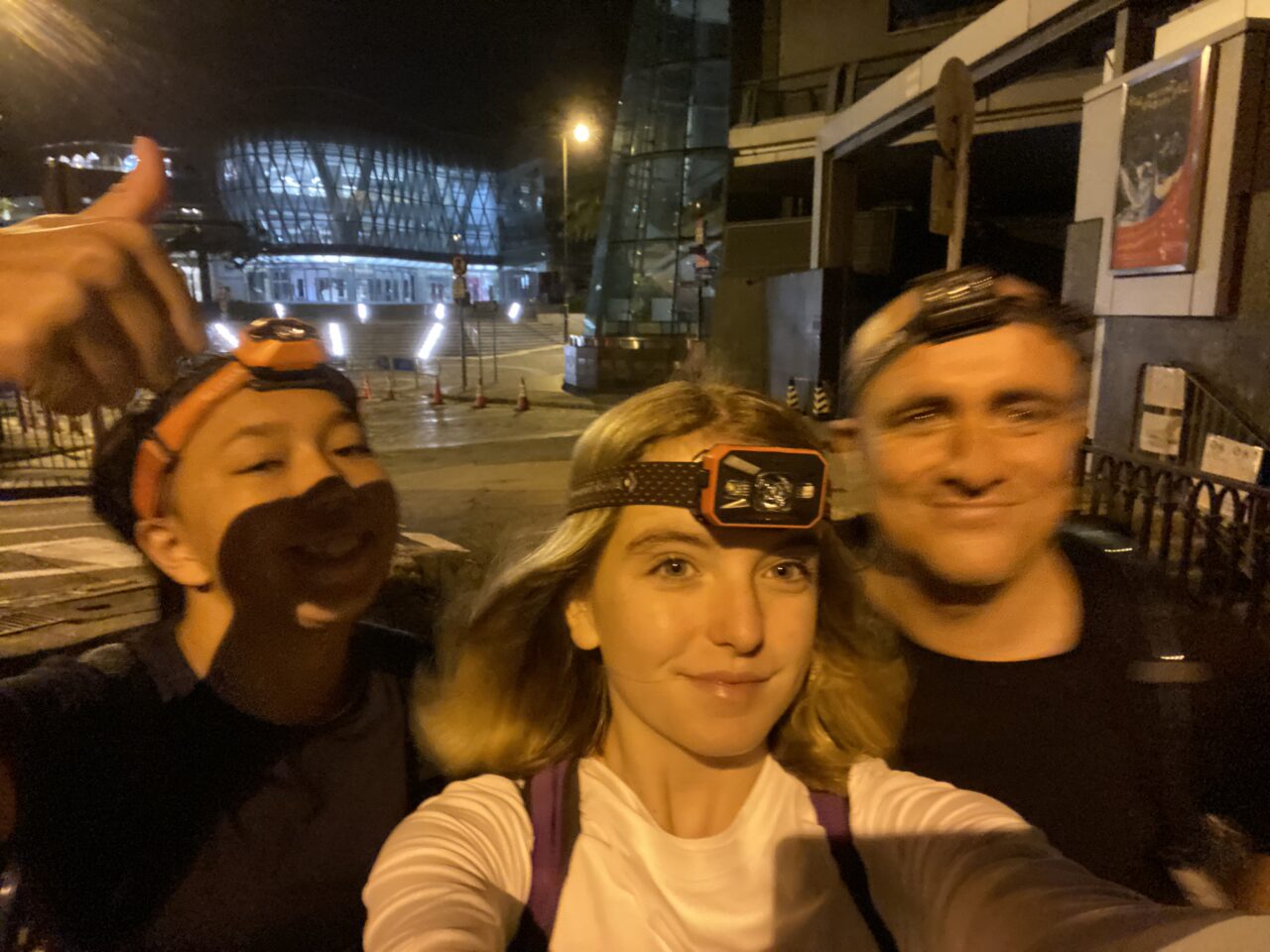 Thank you to everyone who participated in the SIS World on our Doorstep Well-Being Challenge over the half term break.

The purpose of this challenge was to encourage our community to engage with one of the Five Ways to Well-Being: To Take Notice. Reminding ourselves to ‘take notice’ can strengthen and broaden awareness. Studies have shown that being aware of what is taking place in the present directly enhances our well-being and savouring the moment can help to reaffirm our life priorities.

We received over 357 submissions which showed how our community took notice of the wonderful experiences which Hong Kong has to offer.  We hope you enjoy the video.

We began the week with a socially distanced photoshoot! Y9 Media students used the photography studio to create shots that they will manipulate using photoshop. 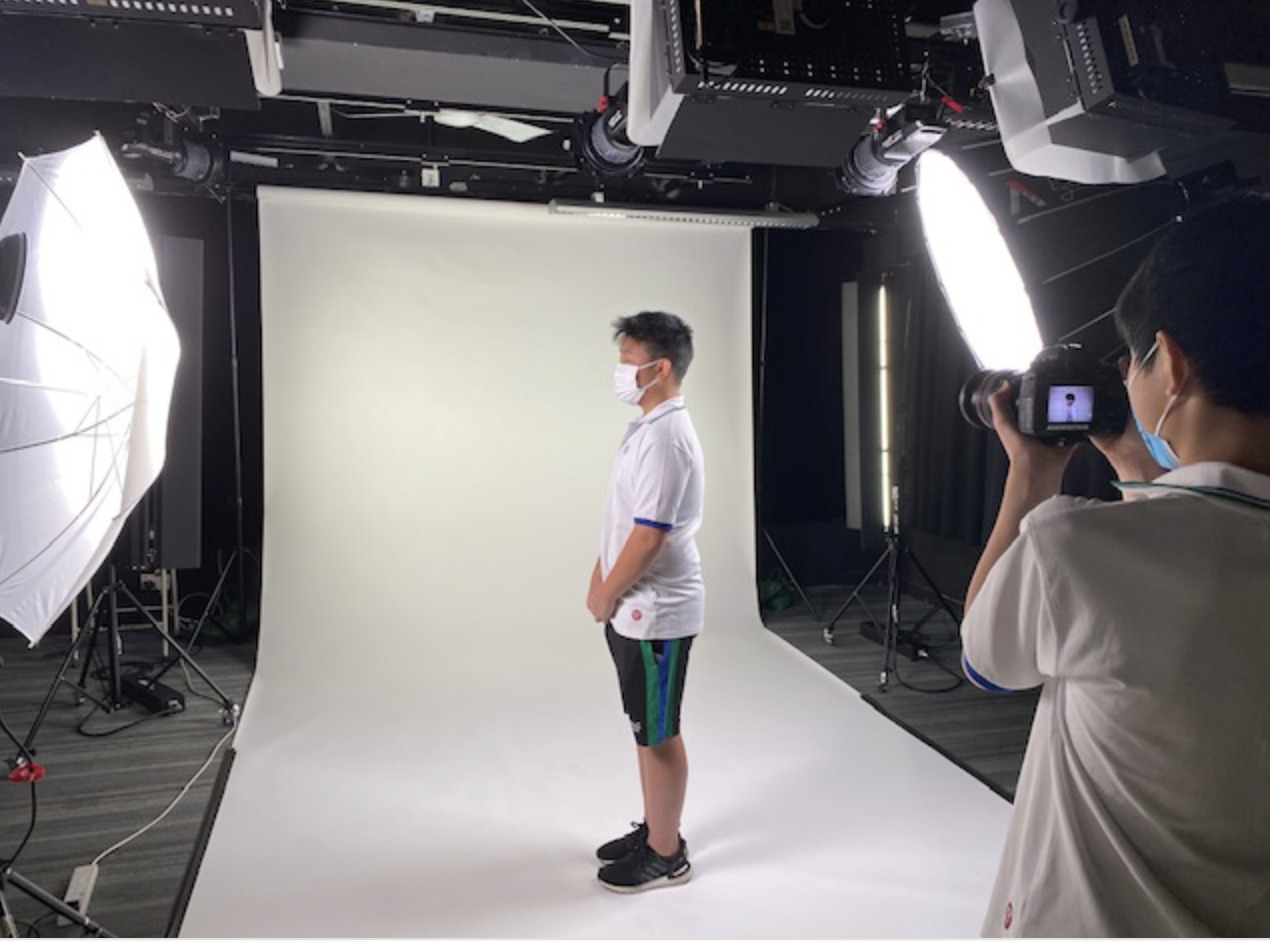 The third house challenge of the year is now open for entry on students’ House Google Classrooms. It opened at 07.00am on Sunday 1st November 2020 and is open until 23.59pm on Monday 30th November 2020. This competition is open to all students in all years.

The quiz is a google form based on the theme of word play. This challenge uses pictures and words as clues for students to try and establish their answers, which is usually an idiom or common phrase. They will need to pay close attention to the fonts, colours, pictures, size etc as every detail in the picture counts and will help them establish the correct answer. Students can only enter once, so they will need to think carefully about their answers and check their spelling is correct before pushing the submit button.

It is once again a great opportunity for students to help make a difference for their house by entering the quiz and earning those valuable house points!

Good luck to all houses #maythebesthousewin 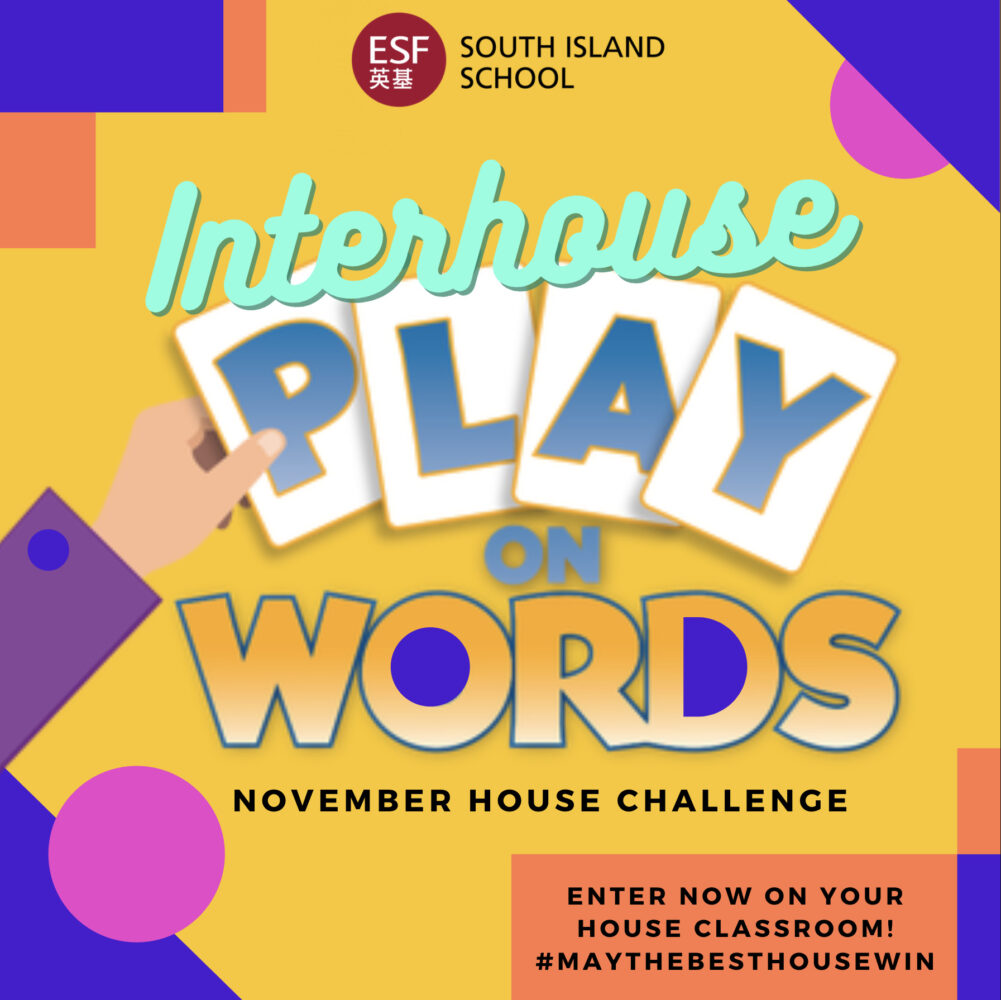 This week Year 10 Media students began their TV Studio Productions. To get ready for this, they created camera scripts, original visuals and a set design to successfully live edit, using the school’s multicaster, their demonstration of ‘how to make a mocktail’. The Year 10 Media students showed great teamwork, creativity and technical skill. 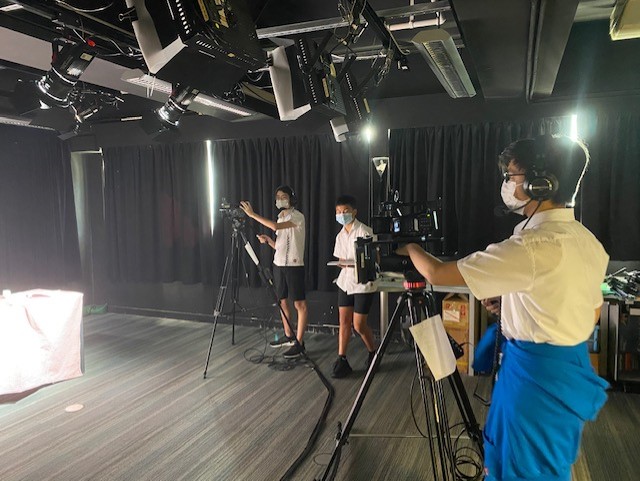 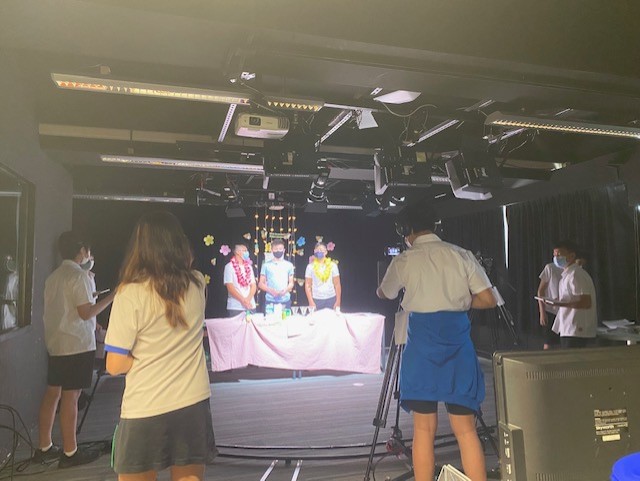 Later in the week the students created Christmas decorations and their ‘make’ was live edited in our TV Studio. It was wonderful to see them collaborate so well. Each student fulfiled their role, whether as camera operator, floor Manager, director, presenter, PA or Vison Mixer. Well done Y10 Media students! 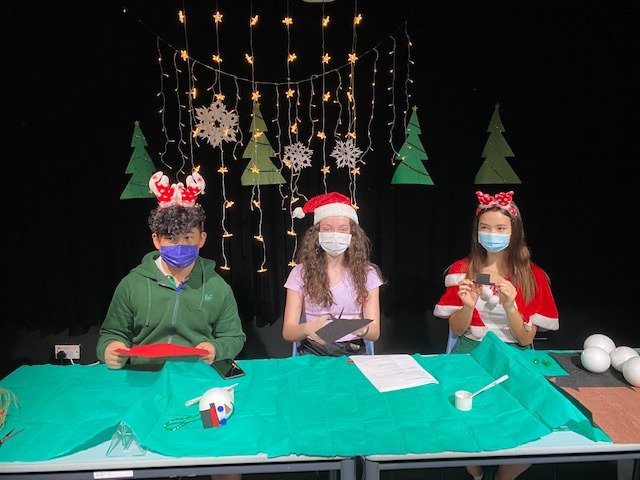 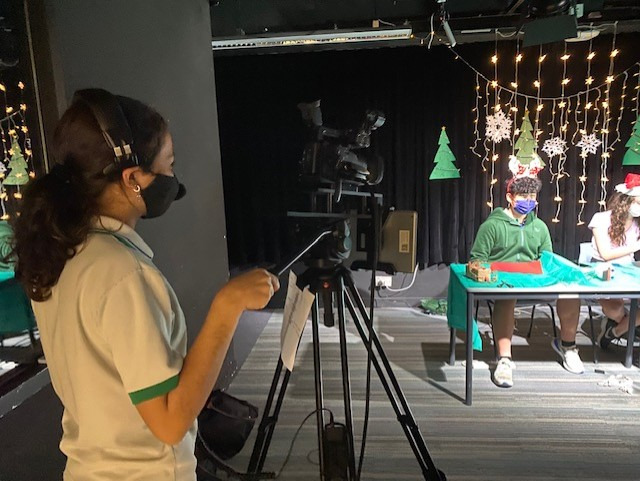 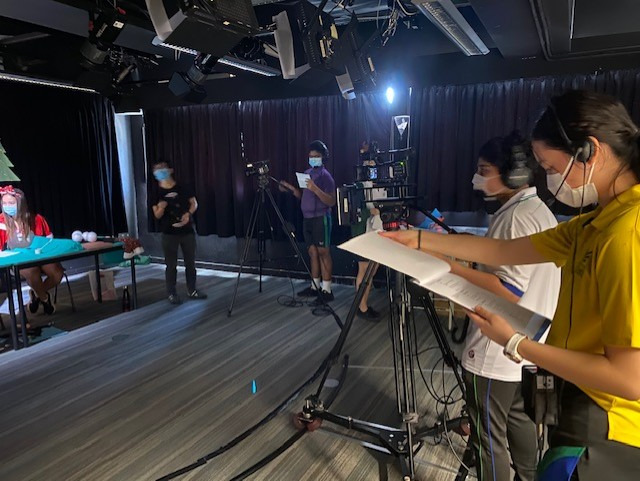 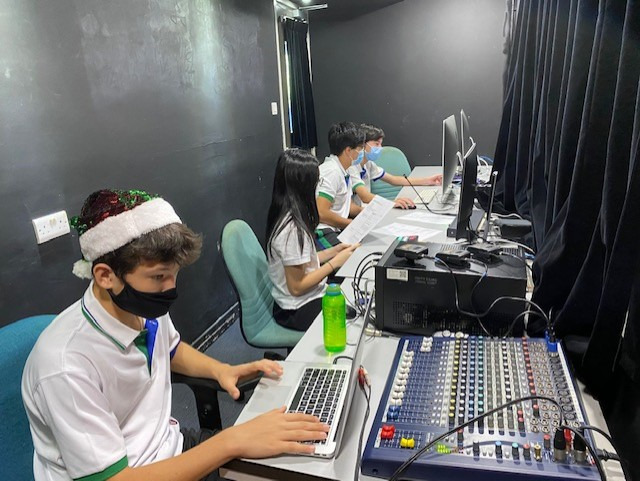