Despite a 3 week break and activities not starting until the second week of term, our sports teams still had matches to play in the first week of term and some on the very first day back at school!

On Monday the senior girls netball team won 28-21 against DGS. Woman of the match was Alyssa Wong.

On Tuesday the U14 Boys tennis team kept up their unbeaten run by winning 3-1 (24 games to 10) against DBIS. Man of the match was Ashton Mar. 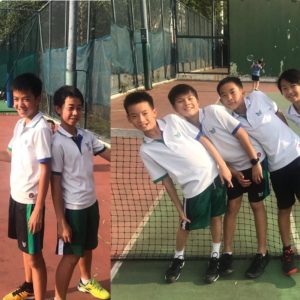 On Wednesday the senior girls netball team played again for a spot in the HKSSF finals next Monday but it  wasn’t meant to be. We lost to Kellett 22-15. They now look forward to a spot in the third / fourth place play off match against Heep Yun School next week. WoTM: Caitlin Donovan. 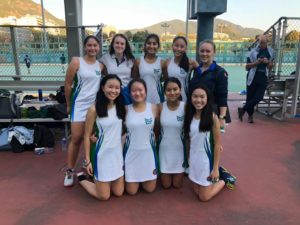 On Thursday the U16 girls football team played out a comfortable 4-0 win against Island School. Player of the match: everyone. 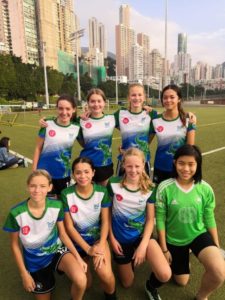 Before Christmas, a group of 8 students went on a ski trip to Beidahu in northern China, supported by the Hong Kong Ski Association. The trip saw the students receive 5 days of instruction and the Chairman of the HKSA invited them all to join the HK Ski team at future trainings across Asia this winter. Despite the freezing temperatures, the students had a great time as the snow conditions were amazing and the Club Med hotel, restaurant and facilities kept us well fed and entertained throughout the week.  There is a good chance the trip will run again next year for any skiers or snowboarders keen to get on the slopes before Christmas! 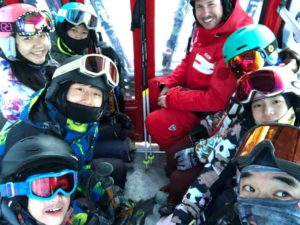 We are looking forward to another successful term for our sports teams but we are also expecting more students to sign up for our activities programme and get involved in sport outside of their sports lessons. A resolution for everyone at SIS should be to keep fit and healthy and make the most of the opportunities that are presented to you.

This week we have the ESF Athletics competition on Wednesday 15 January at Siu Sai Wan track, where we will have close to 200 SIS students competing in various events, in preparation for the HKSSF championships at the end of February.   Also on Friday there is the CIS Invitational swim gala at Victoria Park, which will be very competitive and we expect to have our best swimmers competing in this event.

We also have lots of other matches and tournaments starting this week and we wish the best of luck to all our players.