After a little break we are now back in action with the sport competitions. Kick-starting the week were the boys U16 Football team. They played against WIS and were unfortunate to come up against a big WIS side as they went down 4-1. Highlight of the match was Darren Kim scoring with his first touch on his debut!

Back at SIS our A grade girls basketball played against KGV in the ESF basketball league semi-finals and the girls won comfortably 46-11. Well done to the girls and good luck in the Finals! 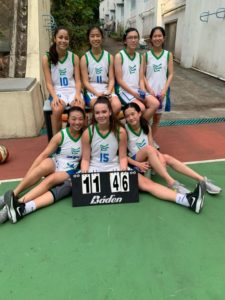 At the same time as the girls were playing, the A grade boys played against  in the semi-finals Renaissance College, who had won all their games so far and won the Championship last season. Our boys were magnificent and the game went all the way to the wire with RC unfortunately edging the game 55-53. MOM was Julien Bourron.

On the same day down at Happy Valley, our girls hockey team played against DGS and won 4-0. What a win! Well done ladies and good luck with the rest of your season! 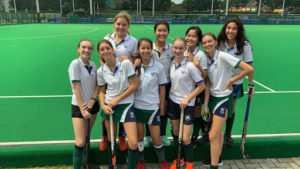 On Wednesday our A grade boys football played against St Joseph’s at So Kon Po. It was a tight match as the score remained 0-0 for the majority of the game until the last minute as Jinsol Lee scored for the win. Congratulations boys and good luck for your season ahead! Man of the match goes to Gino Boon.

Also on Wednesday our girls tennis team played in Division 1 against Good Hope school. It was a tough match, and the girls battled well in the game with two girls making their debut for the team but unfortunately they lost. Well done to the team for a tremendous effort! Good luck in your other games. 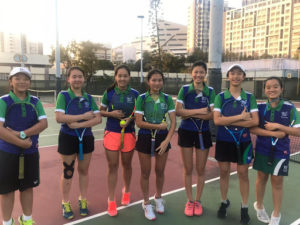 Also yesterday was the second match of the week for the U16 boys football team. The boys played against CDNIS at Happy Valley on a beautiful afternoon! It was an end to end game throughout and after 90mins the game finished in a 0-0 draw. Man of the match goes to Michael Brewster. 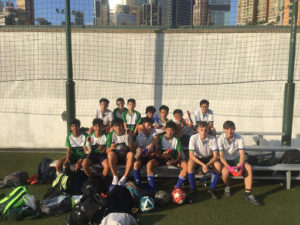 On Thursday the boys tennis team played their first Division 2 ISSFHK match and won 4-0 against ISF. A great start to the league and good luck to the rest of your season! 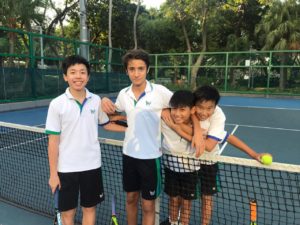 The A Grade boys basketball team also played their second match of the week last night and won 47-42 against St Peters. A great result considering half the team were playing rugby. Men of the match were Justin Kim and Justin Yung.

Last but not least, the A grade boys rugby final. SIS were crowned A Grade rugby champions, for the second season running, following a 34-12 win over KGV. An early Liam Doyle try silenced the boisterous KGV crowd, who had packed the stadium on their home turf. They scored immediately in return before Will Rees scored to give SIS a half time lead of 12-7.  The forward pack were immense in the second half making tackle after tackle. SIS scored three further tries with Liam Doyle scoring a superb solo effort followed by Sam Demaid-Groves smashing over in the final moments.

A fantastic team performance to finish the season. Thanks to Mr Murtagh and Mr Atkinson for their efforts with the team this year. 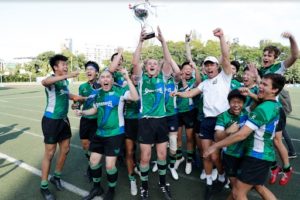 This week has been incredibly busy with lots of sports fixtures going on, due in part to a lot of rescheduling of matches by all the sports organisations. However our teams and coaches have worked hard to continue the momentum we had before the break and we are looking forward to finishing off the term in style with a few more victories and good performances.

Have a good weekend everyone!!